2015 has been a very exiting year. “Jurassic World” and “Star Wars: The Force Awakens” broke Box Office records, David Tennant starred in the second series of “Broadchurch” and the Netflix series, “Marvel’s Jessica Jones”, Ed Sheeran sold out Wembley Stadium for three nights, Zayn Malik left One Direction (leaving one of my sisters hearbroken), a general election, “Great British Bake Off” final was watched by 14.5 million people, Stereophonics released their ninth studio album, “Keep The Village Alive”, and most importantly – Muse released their seventh studio effort, “Drones” alongside a short, intimate UK  Tour, which I got very excited about!

2015 has been a very busy year for me. It was the final few terms of my university experience, which has been the most wonderful 3 years I’ve had to date, and I knew that between January and graduation, there was a lot of work to be done. Alongside some wonderful actors, technicians, directors, collegues and friends, we managed to create some wonderful productions. I was involved in productions of “The Sea” by Edward Bond, and our devised produtions of “Paroikia” and “Melters, Picklers and Puddlers” in Kidwelly, but the School also produced fantstic productions of “Innocence” by Dea Loher and an adaptation of “Antigone” by Sophocles which my friends were involved in.

During the time I had left in University, I continued writing and recording music (Although I have never been able to write anything as good as the catchy song, “Kidwelly”), created a showreel, set up a website (with the help from my father, Nigel Pond), watched some Six Nations rugby, visited Tenby for the first time, watched a production of “The Woman In Black” in the Swansea Grand Theatre, joined Spotlight, performed in a comedy fundraiser in nothing more than a skimpy leotard (mentally scarring the audience for years to come) bought Matt Bellamy’s signature guitar and generally had a fantastic experience.

After a quick holiday to Murcia in Spain via a stop in Amsterdam, visiting the Anne Frank Museum and the Van Gogh Museum, I gradutated from the University of Wales, Trinity Saint David with a BA (Hons) in Acting. After this, a few friends and I toured our own production of “The Reluctant Dragon” by Kenneth Grahame, adapted by Toby Hulse with out own theatre company, BlackOut Theatre Co. which we created earlier on in the year. It was during this time that I managed to secure representation with AFA Management, an agency based in the outskirts of Manchester, and have been finding me auditions since, and for which I am extremely grateful! I began to read more plays than I had done previously in the dowtime we had, getting through some Samuel Beckett, Tennessee Williams and Dennis Kelly, and is something that I am trying to do more of today. During this tour, we visited many beautiful castles and stately homes across Wales and England, often in the pouring rain! I took the opportunity to visit some family down in Gillingham, two hours away from our campsite in Devon. The tour was a fantastic learning experience, and taught me a lot about the whole touring experience – get ins, get outs, performing in various weathers, camping and supporting your friends both on and off stage.

Once the tour was over, it was time to begin the hardest aspect of being an actor – finding work as an actor. I am very fortunate to have two jobs to sustain myself, one working in a cafe on the beach in Llanfairfechan, and one working behind the bar in Llanfairfechan’s Sailing Club, and I am very grateful that both are very flexible if I need to travel to auditions or if I find work! In my attempts to find work, I have started making weekly vlogs (which will be resumed in the new year) documenting what I’ve done to try and find work and how I’m trying to improve as an actor. One of the biggest things I was told during my time in University was that we should always be trying to create theatre, film, whatever – as long as we were making something. So in my free time, I have recorded music, written a short play for kids, and written and recorded three music videos, as well as filming some acoustic covers. My intention with these is that they showcase my abilities as an actor/musican and highlights that I am actively trying to create things. Hopefully, people enjoy watching them too, and I am fortunate that some of the videos have helped get me some auditions too.

Since finishing the tour, I have been to 6 auditions (with a seventh hopefully happening in the new year) from London to Vienna. I have also inundated casting directors with my details, and have been to see National Theatre Live productions of “Hamlet” and “Of Mice And Men“, and the production of “Into The Woods“ in the Royal Exchange Theatre in Manchester.

My main intention at the moment is just to keep as busy as possible, whether I am working to get money together to fund my trips to auditions, reading plays, watching theatre and film, or sending off emails for every performance opportunity that comes my way. Hopefully, 2016 holds some wonderful opportunities. I know that there are plans to take another show on tour with BlackOut Theatre Co. which hopefully will come to fruitition, and I have already sent off emails for castings I’ve seen crop up, so who knows what the future holds! 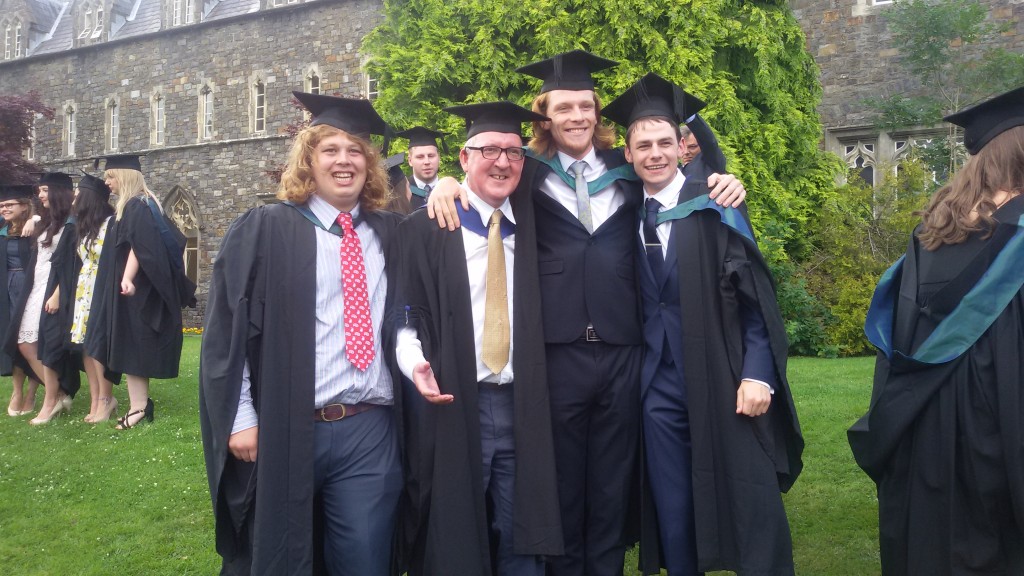 I would just like to thank everyone that I have worked with over the past year, and thanks to my friends and family for their support too. I have had so many kind words of support, and it really does mean a lot! Best of luck to you all for 2016, and I really do hope that this year holds wonderful things for you!

So I’m going to end this post with a song. It was the first song that I recorded this year, and have yet to upload it until now, so I hope you enjoy it!

Hello! Here is an acoustic cover of a song by my favourite band – this is Muse’s “Dead Inside”

I hope you enjoy it!

Have a look at what I’ve been up to this week in my twelfth acting vlog!

I have recorded a version of the Tom Waits classic, “Ol’ 55” from his 1973 debut album, “Closing Time”. The video doesn’t really have any particular narrative, but is more of an insight into how I record music at home. I hope enjoy watching and listening!

I hope you enjoy watching!