2017 has been a rather tough year for the world, but with all its ebbs and flows, we have still been able to carry on, as we can only do.

As for myself, it hasn’t been as productive a year as I wished it to be and I haven’t had as many opportunities come up as I had hoped. I quickly realised at the start of the year that I needed new headshots. Ones that actually showed what I look like now. Using ones taken during university wasn’t good enough anymore. Unfortunately, I really wasn’t in the financial position at the start of the year to get them. So I ended up working two jobs from February to July to raise funds for headshots, money for auditions, and a piano (which I have been learning to play since).

I had my headshots taken in October by Michael Shelford, who has provided my with photos that should help me find work over the next year.

Although I haven’t had any paid acting work over the year, I have written some scripts, recorded a short film and produced a fair amount of music. I have the intention of doing something with a one man show I have written, but need to see what my options are. The short film, I submitted into ‘Cardiff International Film Festival’ but with no luck, so will more than likely end up on YouTube at some point.

With my music, I have the intention of releasing a song fortnightly on SoundCloud, YouTube and Facebook. Nothing too official, with no releases on iTunes and Spotify like I did with “Future Fades” at the start of the year. I have been wondering what the best way to release my music is, and I think spamming the internet and social media with my work might just be the best option. So I can only apologise in advance.

Although I haven’t had much work myself, I have managed to see a lot of amazing theatre, including;

With music shows, I haven’t done too badly either;

Muse at Shepherd’s Bush was probably the best gig I have ever been to, with the setlist including some rare songs I had been wishing to see. I also managed to get a photo with Matt Bellamy and Dominic Howard. Great night. 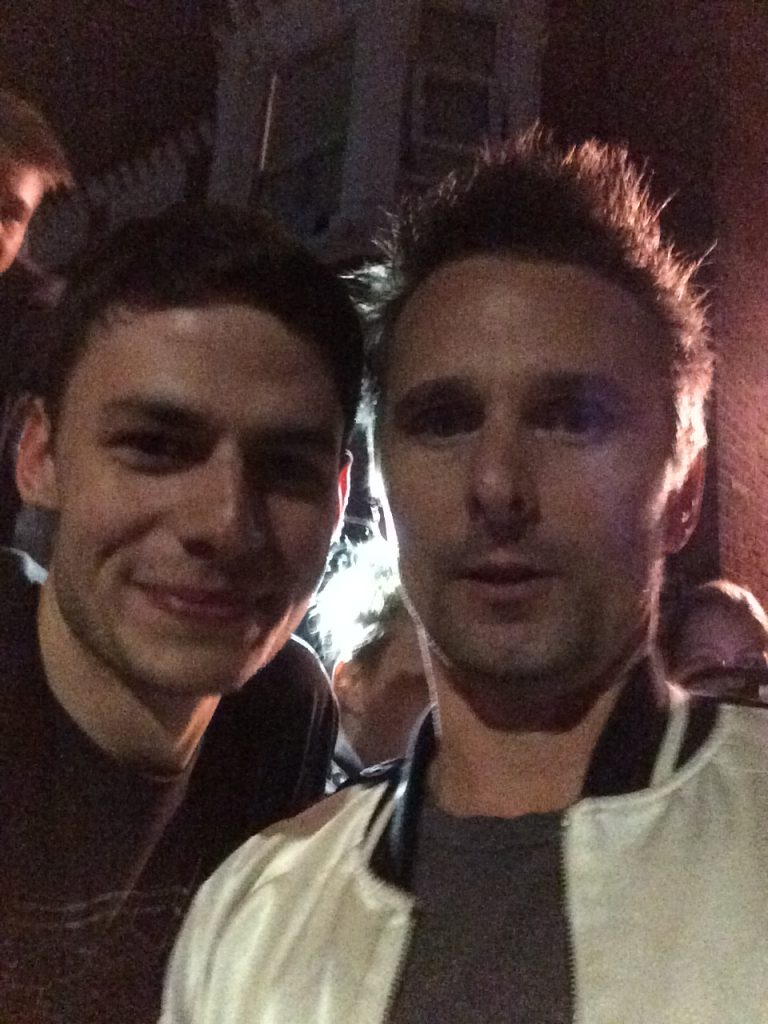 As for the next year, I do have a few shows and gigs lined up, so I am very much looking forward to those. I hope to try and get somewhere with this acting lark. It’s been very tough not having any work, and I am trying to rectify that. I have been keeping more of an eye on Mandy.com (Formerly ‘Casting Call Pro’) for opportunities on there. I would love to produce my own show, but I need to conduct more research into that, and see what options are available in Cardiff.

Need to learn to drive this year too. Might come in handy.